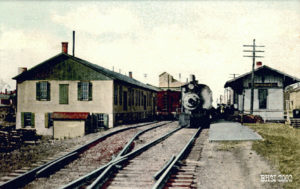 Before Flory’s Antique Depot became an antique store, the building that now houses our antique shop played an important role in the history of our small town. Brookville is a quaint bedroom community, tucked away in the northwest corner of Montgomery County Ohio. The town was platted out in 1850 by Jacob Flory. An ancestor of Depot owner, Darrell Flory Jr. Jacob Flory used railroad survey lines to complete the task of plotting out the village. The Greenville and Miami Railway Company secured the rail right-of-way from Dayton to Greenville. The right-of-way passed through what would become the village of Brookville.

With the railroad coming to town, there would be a need for housing and businesses to support the added commerce. During the late 1800’s a small housing boom hit the town.

In 1891, Harry E. Eggleston, with county surveyor Herman S. Fox, surveyed ground bought from Mrs. Isaac Hay on which he intended to erect a large tobacco warehouse. The tobacco warehouse was built on Hay Ave. and opened in 1893. About 30 people were employed

Next to the railway, the tobacco warehouse was an ideal setting for a grand meeting of the Republican political party. On October 21, 1896, the warehouse, with an estimated capacity of 3000 people, hosted the meeting. Tickets for the meeting sold for 25 cents. The meeting was proceeded by a grand parade of clubs from Dayton and surrounding villages.

On September 28, 1899, a special village council meeting was held to consider the building of a train depot at the corner of Hay Avenue and Cusick Avenue. Council gave its approval and on January 15, 1900, the depot (the western part of the small green building adjacent to Flory’s Antique Depot) was opened. It housed a waiting room, an agent office and a small freight room.

Brookville was a hot spot in Montgomery County for several decades. It boasted a movie theater and seven hotels. Patrons visited the village by car and train.

As with so many other railways, over time the Dayton Greenville line lost popularity. The last passenger train traveled to Greenville in 1931 and all passenger service was stopped in the 1940’s. With less and less shipping done by rail, the depot was eventually closed in 1974.

The tobacco warehouse was sold in 1914 but it continued to act as a warehouse for tobacco until the 1940’s. During the late 1930’s the grandmother of Darrell Flory Jr, Thelma Flory worked at the warehouse.

Between 1914 and today, ownership of the warehouse changed several times. Most recently it was known as Poole’s Auction House. 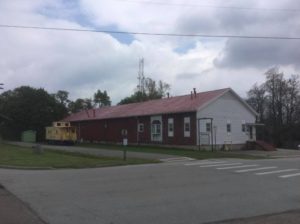 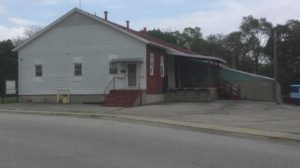 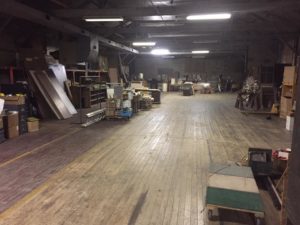 We are proud to become a part of this building’s history. Flory family members are among the founding families of Brookville and Darrell’s family ties with this old building go way back. We hope that our business will help others to see and appreciate the wonderful community that we have loved for generations!

The Brookville Railroad Depot museum, which is next to our antique mall is open the 1st Sunday of months May to October from 2-4 pm except on holidays and during inclement weather. Tours are a donation of $2.00 per adult and $.50 for children 6-16 years old. Special group tours can be arranged any day of the week with advance notice for a $25.00 minimum fee. Visit the museum then shop at our store. Make a day of it!

Most of the information and images can be found on their website. Click the link below to visit them. 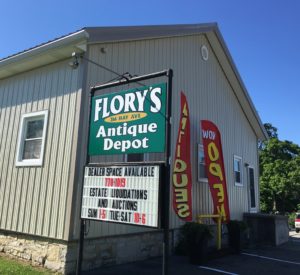 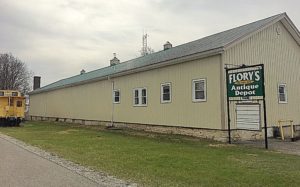